Immediately below are John Dewey High School yearbooks. Under the actual yearbook links are covers that were sent to us for posting. If anyone has a yearbook that they would like to scan or let me scan, please email me.

From Steve Lasky who was the Yearbook supervisor for many years:
"1971 was the first graduating class of just five students who had accelerated using DISKS and independent study to complete the state requirements in less then three years.

The first yearbook was produced in 1972 but paid tribute to the first graduates in a photograph in the front of the book.
Donald Margulies, (Pulitzer Prize winner) was the editor of the first yearbook. We paid extra to have a smaller square book and absorbed a lot of criticism for not following the standard format used by other schools. Donald had designed the cover with a US Postal stamp of John Dewey which was brilliant in its own right, but then he hand created a cancellation of the stamp with the date of graduation. It was so sophisticated that no one noticed it for years!

We submitted the book to Columbia University for consideration in their annual yearbook/journalism awards...but our book was disqualified because we neglected to include any "Athletic teams". And so it goes.
We photographed seniors by official class locating them all over the campus from the statue to the roof. Senior portraits were printed in a supplement which came as a companion to the hardcover book. It also had "senior quotes" printed adjacent to the portraits. We were still printing only black and white. It would be another decade before we got into color photography."

Game Board from the 1974 Yearbox featuring all of the teachers and staff. 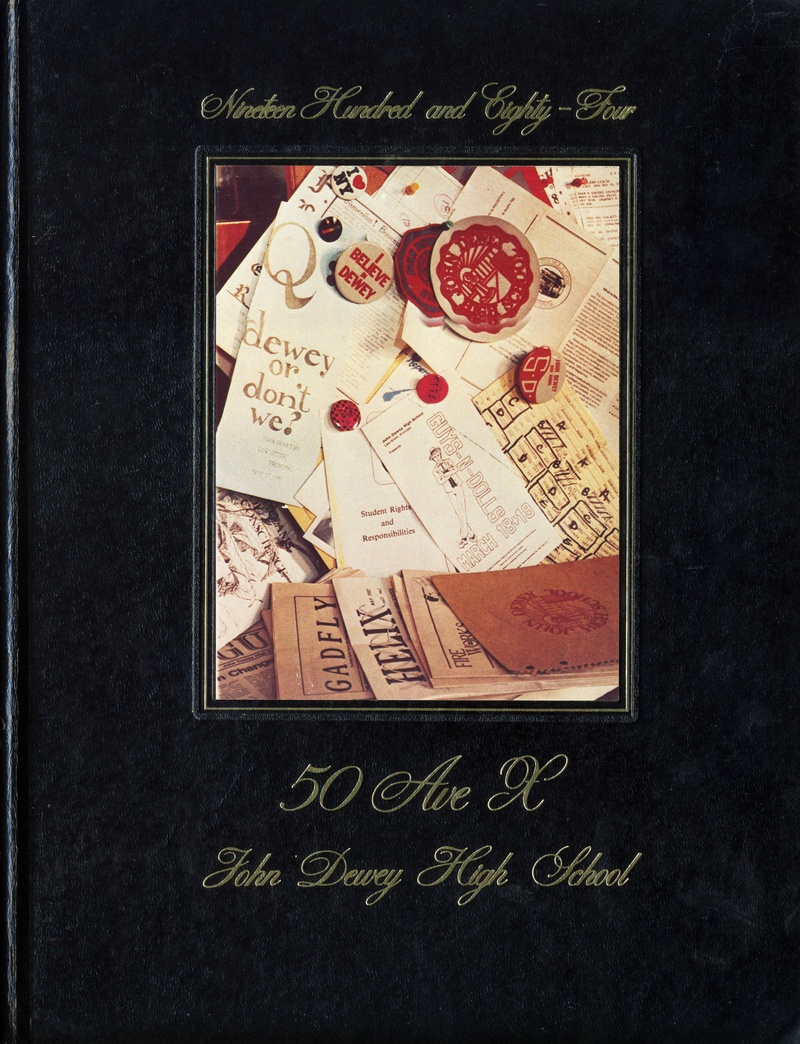 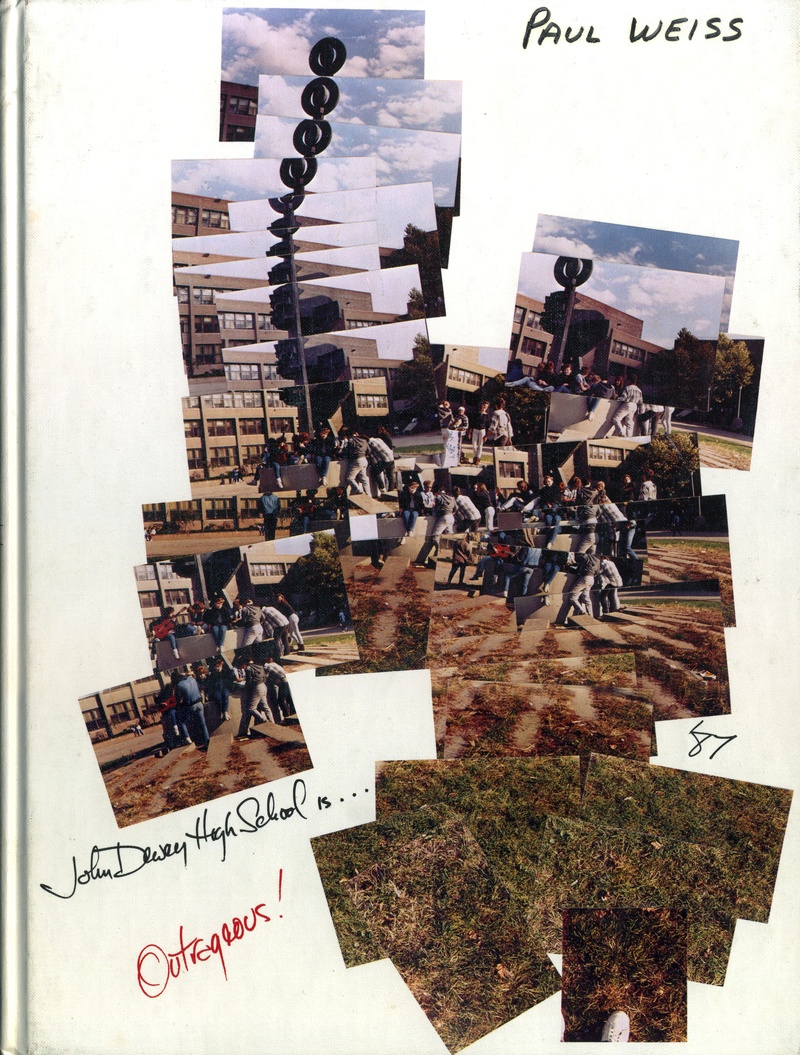 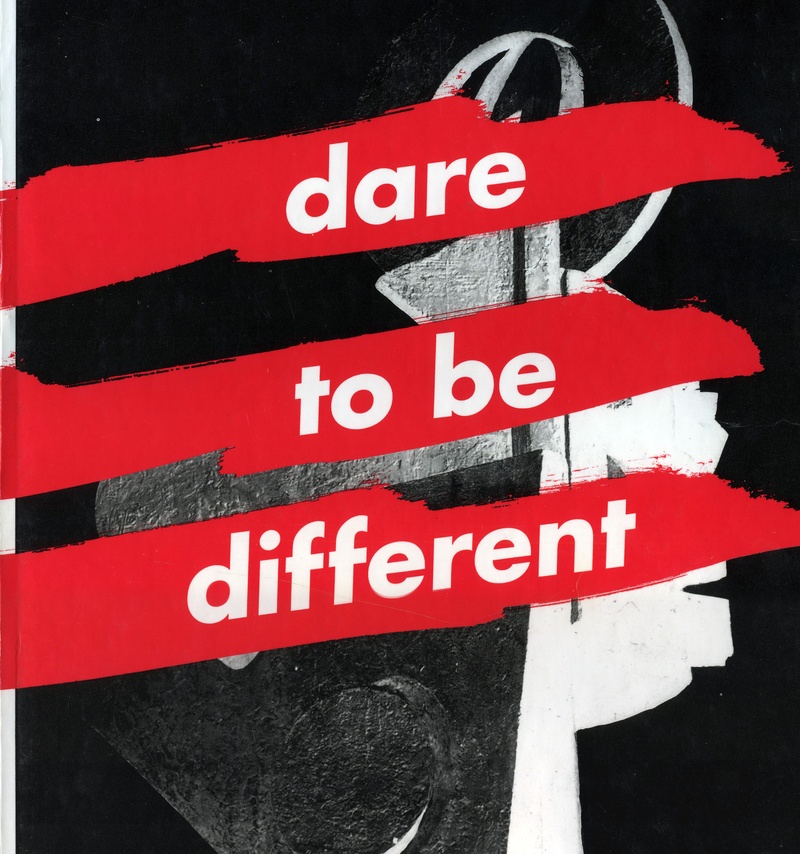 Jeanne Greco...click on the link to see what she is doing today.

Artwork by Jeanne Greco and submission to Photography Contest 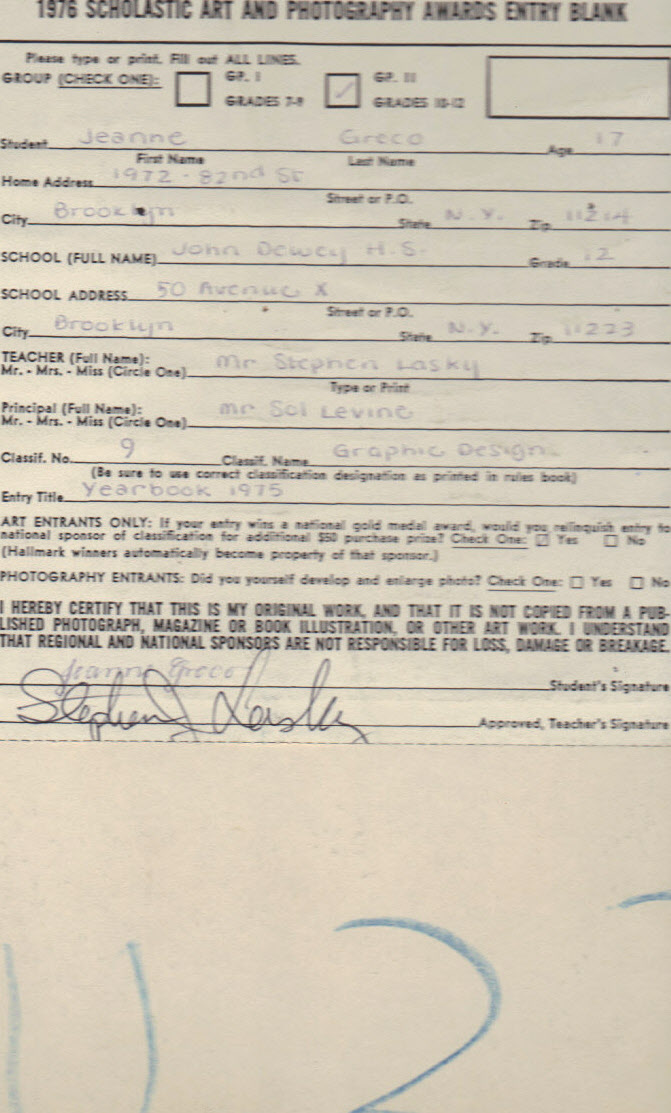 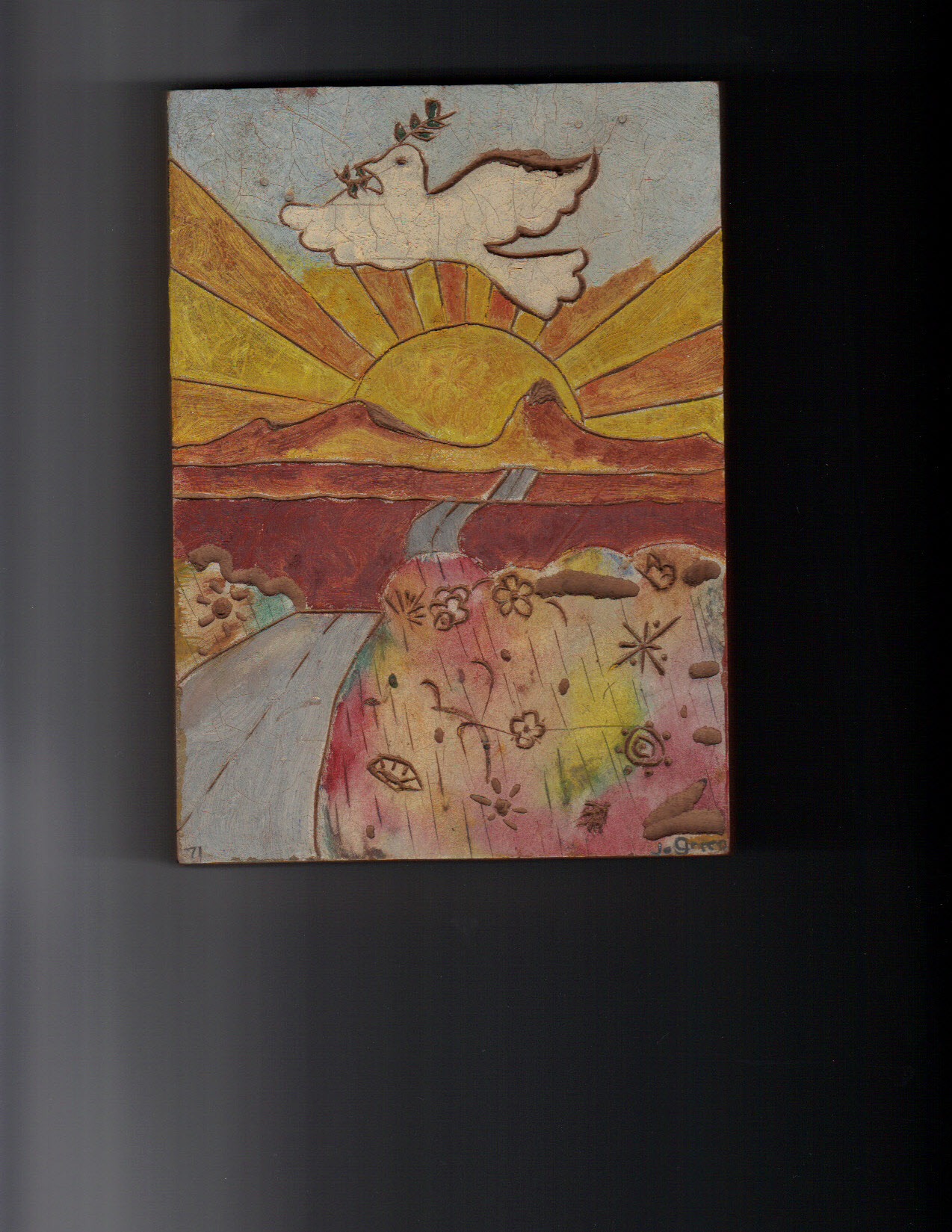 Welcome to our newest members!